We are entering into the Year of 2023. The number two stands for agreement. In the Bible, two represents unity like God’s creation of man and woman united through marriage into one. It is also a symbolism to the connection of Jesus and church as explained in Corinthians 12.

The Lord is saying that He will put His hands to whatever He assigns for you to do in this Year of Double. It will accelerate in a supernatural manifestation.

Loose a certain amount of pounds

Reach a new level of success

Get your business off the ground and begin to take off

Experience God’s best for your life

In this Year of Agreement, what you couldn’t do by yourself, God is going to put His supernatural favor upon your efforts. As stated in Matthews 18:19, “Again I say unto you, That if two of you shall agree on earth as touching anything that they shall ask, it shall be done for them of my Father which is in heaven.”

If you want to see God’s best, let me be clear, it is only for people who are moving.

Many people have lost time because of these two last years of the pandemic. With all the changes, impacts, hospitalizations etc., things may not have moved as intended. God is saying whatever you put your hands to that has told you to do, He will be in agreement according to His will.

Whatever He has told you to do, it is going to be made up in this time of agreement.

This is not for people who think it will fall on their lap because some prophet or preacher is saying double. It requires you to move by faith according to God’s will.

When Gideon was faced with the impossible, God instructed Gideon with what to do. He told Gideon in his fight against the Midianites in Judges 7:20 to declare: ‘A sword for the LORD and for Gideon!’

In other words, God was in agreement and Gideon was able to conquer all his enemies.

Send me a list of your top (23) prayer requests for this Year of Double Agreement and I will send you a prayer jar to place your list into. 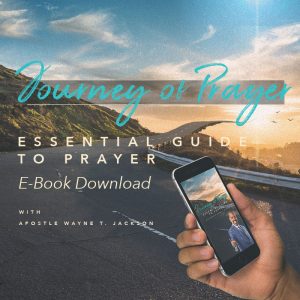